Getting started with WIRESHARK

Getting started with WIRESHARK

Network tracing applications provide real-time routing information & help you in identifying any errors or issues encountered with your servers such as timeouts and blocked UDP or TCP packets. Tracing will specifically show the latency information for a packet to get from one Internet host to another.

A network analysis tool known as Wireshark captures packets in real-time and provides them in human-readable format. It includes filters, color coding and other features that allow an analyst to deep dive into network traffic and performs precise packet inspection.

Wireshark can be used for the following.

Getting Familiar with UI 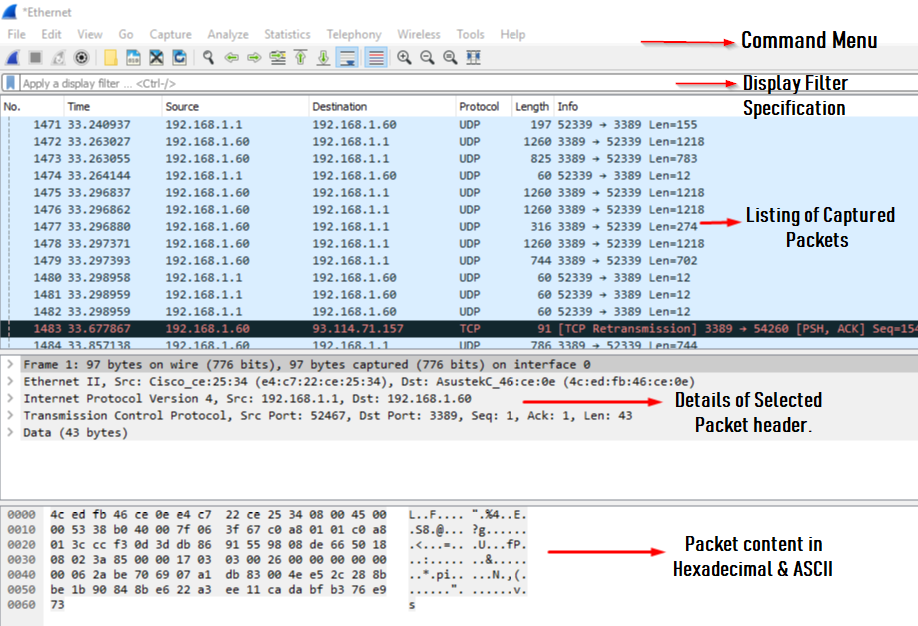 Saving Capture: Select File >> Save As

Packet list – Packets in the trace will be displayed in the order they were recorded.
Time – Displays the timestamp at which the packet crossed the interface.
Source – Origin host of the packet is displayed.
Destination – Host to which the packet was sent will be displayed.
Protocol – Wireshark can detect and display the highest level protocol.
Length – Displays length in bytes of the packet on the wire.
Info – Informational message referring to the protocol in the protocol column.

Filters can be composed of multiple tests joined with boolean connectives.

Displays only traffic in the LAN (192.168.x.x), between workstations and servers(no Internet)

The “slice” feature is useful, to filter on the vendor identifier part of the MAC address, restricting the display to only packets from a specific device manufacturer.  E.g. for HP machines or Dell Machines only.

Additional filters are given below. 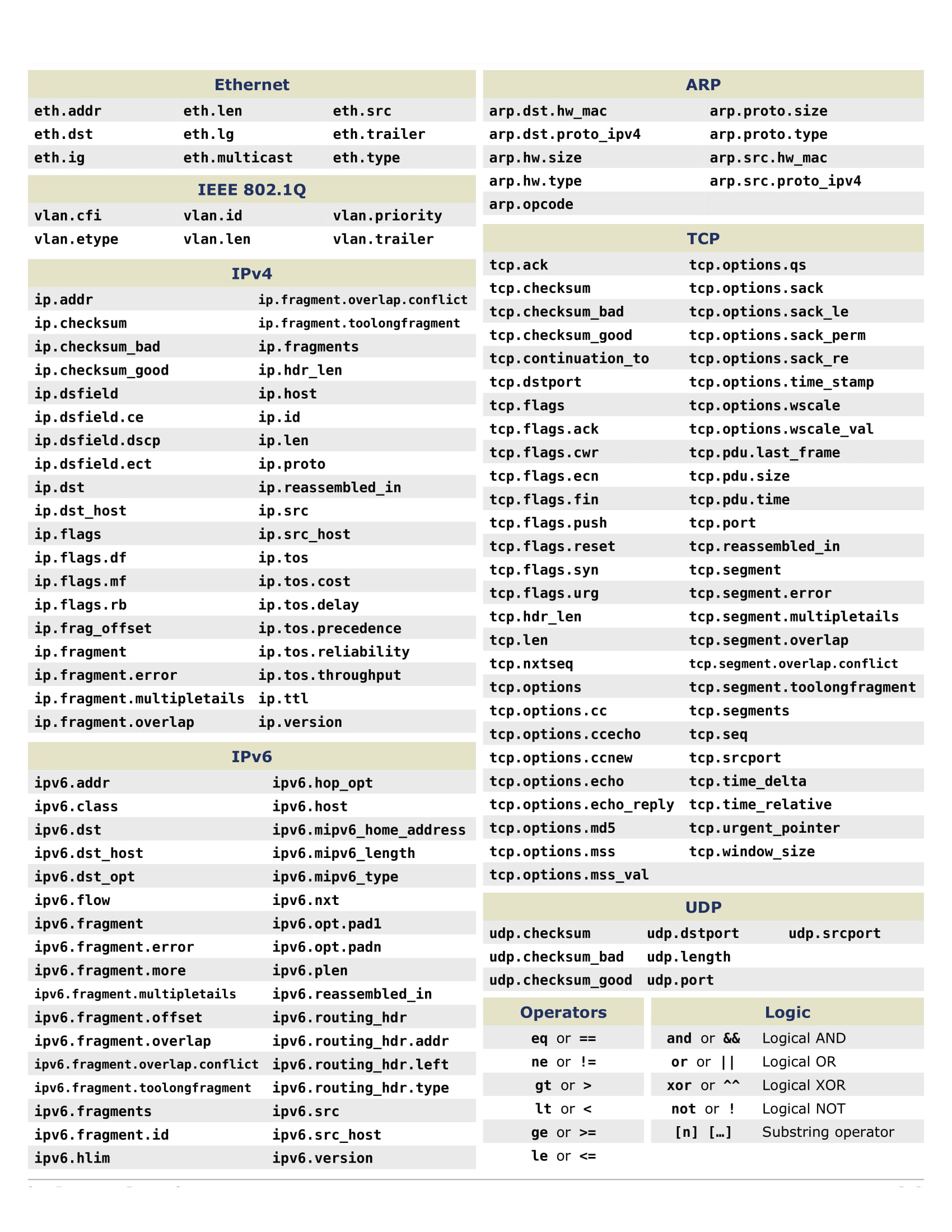 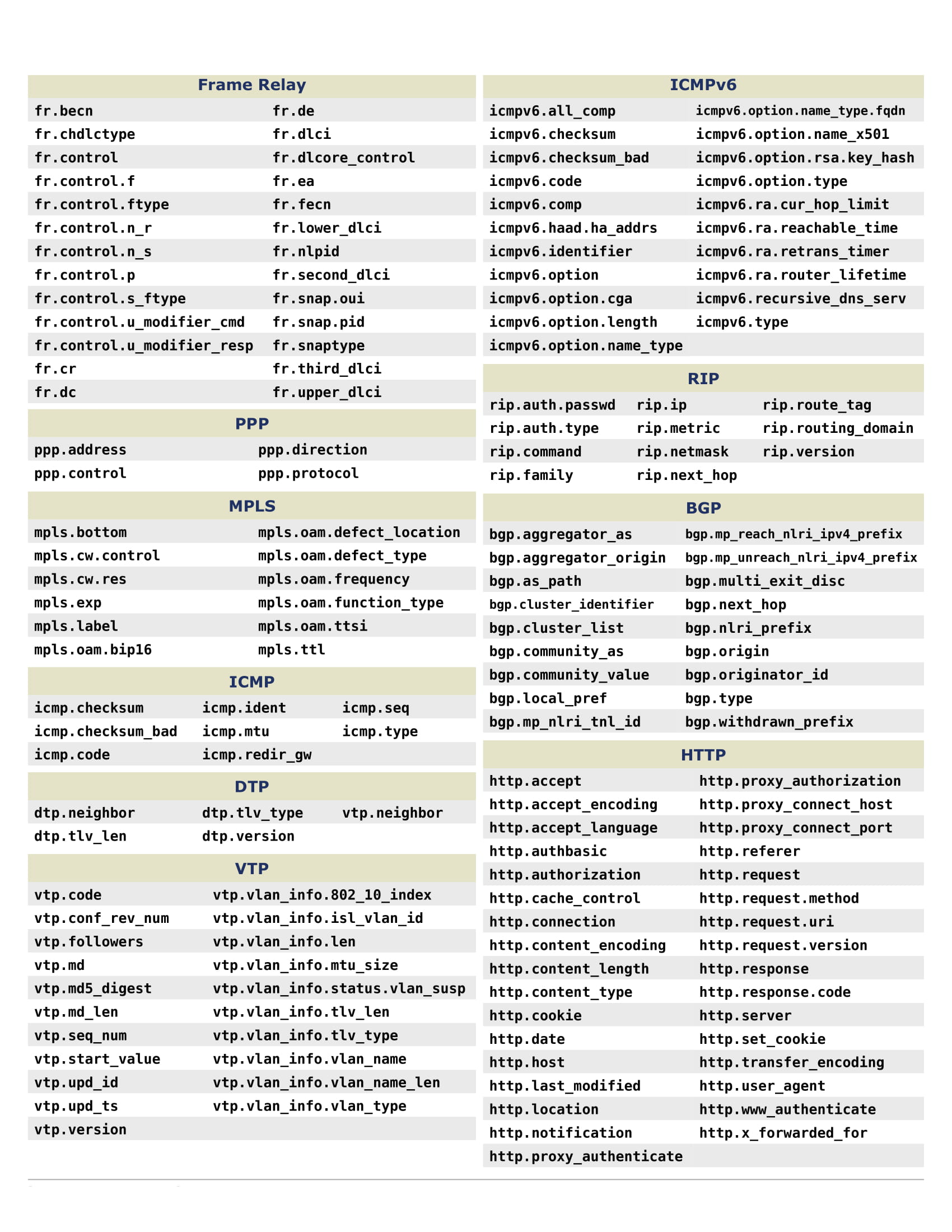 About the Author: Anjith Antony